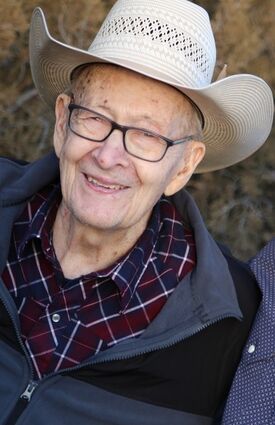 James LeRoy Sterle, age 86, of Muleshoe, Texas died Sunday, February 6, 2022 in Muleshoe. He was born February 17, 1935 in Bushnell, Nebraska to Joe and Rose (Klobuchar) Sterle. He married Shirley Christensen in Bushnell on August 17, 1969.

A service will be announced in Pine Bluff, Wyoming at a later date.

James was a roughneck and a driller in the oil fields, as well as a farmer. James loved fishing, hunting and camping. He is preceded in death by his parents; three brothers; and four sisters.

James is survived by his wife, Shirley; his two daughters, Jennifer Clark of Cheyenne, Wyoming and Shelly Morris and her husband, Bryan of Muleshoe, Texas; his five grandchildren, Dustin and his wife, Donna, Kaylie, Katie, Luke and his wife, Brianna and MacAyla; and his two great-grandchildren, Ronan and Rhys.