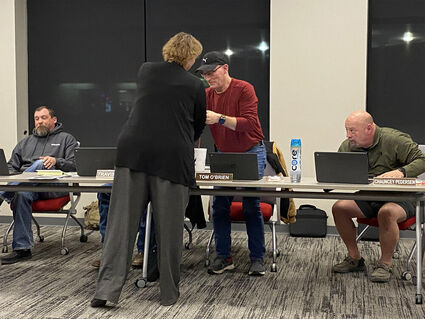 Representing Kimball Jr/Sr High School, Jeri Ferguson thanked the school board members Monday and presented them with gift cards in recognition of School Board Appreciation Week. Mary Lynch teachers gave the board members Valentine's cookies for as an appreciation gift.

The Kimball School Board received and accepted three resignations effective at the end of the 2021-22 school year. Resignations were received from athletic director Ken Smith and teachers Francis Carolyn Montgomery and Jeffrey Hoatson.

Ken Smith's letter reflected on his 29 years with the district and ended his letter with, "I feel that at this time Kimball Public Schools is heading in a very positive direction and I want to wish you (Mr. Anderson) and the rest of the school system success in the future."

The board approved a contract for Mr. Smith's replacement. Darrell Howitt, a 1985 alum...