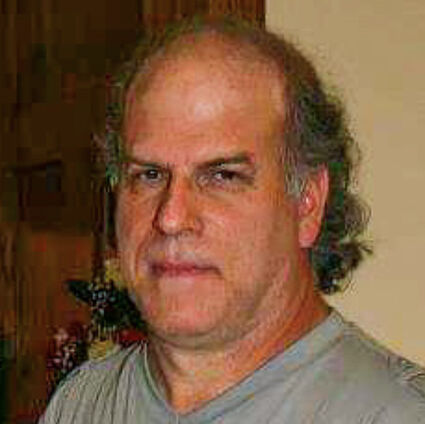 You may view Chuck's Book of Memories, leave condolences, photos and stories at http://www.gehrigstittchapel.com.

Chuck was born in Sidney, Nebraska on October 3, 1962 to Robert Gordon and Georgia Louise (née White) Davis. He grew up in Lodgepole where he took up one of his passions in life, playing the drums. Music was always an important part in Chuck's life and playing the drums was his way of expressing his love of music. He played in several bands in the mid to late 1980s, most notably "Destiny" before hanging up the sticks in the early 1990s. He worked for a time at McDonald's in Sidney before staying home to help his mom.

Never one to be the center of attention, he documented many of the family get togethers with his digital camera. He never married or had kids; he considered his nieces and nephews his kids and loved to spend time with them.

Later, after his mom passed away, he started a new job at Kimball County Transit Service. This opened a new passion for him, helping others while driving countless hours to various appointments around the area.

He will be missed by and is survived by his brother Robert Davis and wife Freda of Scottsbluff, Nebraska, brother Donald Davis and his wife Lucyna of Sidney, Nebraska, niece Jordan Worley and her husband Adam of Ogallala, Nebraska, uncle Ben White and wife Jillynn of Lehi Utah, Uncle Paul (Nene) White and wife Kim of St. George, Utah, nieces and nephews Ian and Ryan Davis, Ellye and Emmye Davis, and Peyton, Gavin and Alexis Worley, and special friend Kim Valla.

He was proceeded in death by his father and mother Robert and Georgia Davis and niece Tabitha Davis.