Waiting For A Kidney Donor

Dealing With Diabetes A Way Of Life For Keith Jones 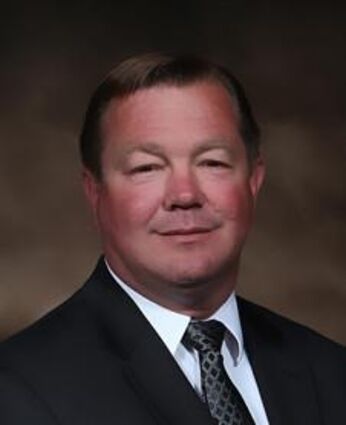 Keith Jones of Kimball is "keeping his fingers crossed" in the hopes of receiving a kidney. The kidney can come from either a living donor or a cadaver (after death donation). Even though he is waiting for a transplant, Keith is not about to let the need for a kidney donation interfere with his daily life.

After a lengthy diagnosis of Type 1 diabetes combined with high blood pressure, by August 2021, it was determined by doctors at UC Health in Denver, Anschutz Campus, that Keith needed a kidney transplant. Then shortly after, Keith was placed on the transplant list.

To be considered for the list, Keith spent two days in Denver giving up 19 tubes of blood, along with MRIs and various scans. Keith explained that to be put on the transplant list, your GFR or GlomerularFiltration Rate has to be 20 or above. The GFR is a test to determine how well the kidneys are filtering.

Since knowing he needed a transplant, Keith has had people step up to be screened, but none so far have been compatible or acceptable. Keith is genuinely appreciative of those that have been screened on his account, but "it is just not in the cards" yet.

While waiting for a kidney donation, Keith does home dialysis on a nightly basis using a peritoneal dialysis machine. Keith's home dialysis connects to a port in his stomach. Each and every night, Keith is attached to the machine from 5:30 p.m. until morning.

Initially, the machine drains any fluid from his body, then four times throughout the night 2500 ml of fluid is injected. It sits in there for a couple of hours filtering, then the machines drains the fluid out. Keith does dialysis at home simply because of his lifestyle, and he is still working.

"I get along fine, but every night I have to hook up to that machine," he said.

Even with the restrictions, Keith said he feels "better than he did six or seven months ago. I was really tired and just didn't feel good, just kind of irritated all the time."

Peritoneal dialysis is more consistent than clinical dialysis, which occurs every few days.

The dialysis machine's tubing length is only about 20 feet, making it challenging to move around once he is hooked up for the night. Somewhat bothered by the 20-foot tubing, Keith talked to the company about making a longer patient line. With a shrug, he said, "They didn't really care; it was like talking to the wall." But a longer tubing would make the whole nightly process a bit easier.

Twenty-five years ago, doctors noticed some kidney damage, and Keith knew that the need for a kidney transplant was a real possibility due to diabetes and high blood pressure. Keith has doctored at the Nephrology Clinic in Colorado, and they have taken care of him and managed blood pressure and diet. But he said, "It continues to get worse."

When he was 5, Keith remembers that he was "thirsty all the time, my legs got kind of shaky," and then there were times when he had an insatiable hunger.

"I was taken to Presbyterian St. Luke's in Denver and spent about two weeks there," he recalled. "It was an endless rain of blood draws and shots to figure out what would work best for me."

"Being 5 years old at the time, I still remember that like it was yesterday," he said. "This was a very traumatic time in my life. I was only 5 years old and had to stay in this big hospital by myself. Yet he also said he had good memories about "my time in Denver and the wonderful people that helped care for me."

Diabetes, especially when he was a child, was manageable. He attributes it to the "excellent" care his mother gave him. My mom is the reason I did so good for so long."

He added that "when I got out of the house and it just boom, I can do whatever I want, I didn't have Mom or Dad there telling me you can do this and can't do that." He admits freely he had a good time and throughly enjoyed not having all the restrictions. "I fit in with everybody, I was the party scene, I was the have a good time guy."

Reflecting back on his youth, Keith said, "When we are young, we want to live life the way we want to do it."

As Keith continues to deal with diabetes and home dialysis, he is reaching out for people to consider being evaluated for a kidney match. Along with his wife, Melissa, and their daughters, he understands the sacrifice that a donor would be making. He said, "They give you life."