She Died In Oak Street House Of Gunshot To Head; Suspect In Jail 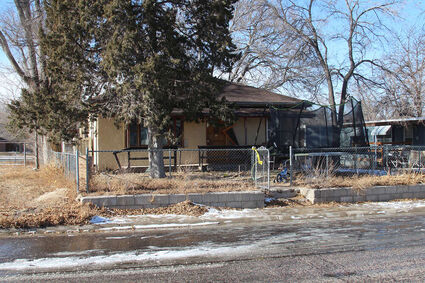 The wind whips crime scene tape around Tuesday at 602 S. Oak in Kimball. This was the location where 21-year-old Tessa Ghering was found shot to death. Suspect William Serrano is in the inset photo from 2017.

The Nebraska State Patrol released a statement Tuesday afternoon confirming that a 21-year-old Kimball woman, Tessa Ghering, was found deceased from an apparent gunshot wound to the head at about 8:45 p.m. Monday.

The shooting occurred at 602 S. Oak Street in Kimball.

On Tuesday morning, Kimball Police Chief Andy Bremer completed an affidavit regarding the case because he was first on the scene.

"I made the arrest on the scene, cleared the house and turned it over to NSP," Bremer told the Observer.

The Kimball Police Department requested assistance from the NSP, which has taken the lead in the investigation.

Serrano is being held in the Scotts Bluff County Jail. Serrano and Ghering were in a relationship, the patrol said.

According to the NSP, two children were inside the home at the time of the incident. The children are now in the custody of their mother.