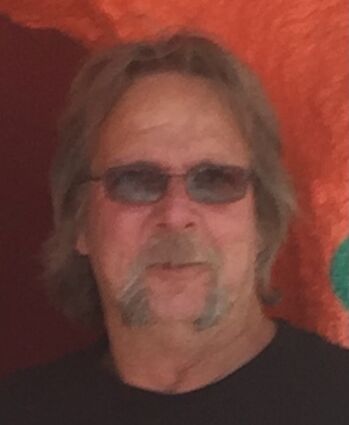 Memorial Services will be held at 10:30 a.m. Monday, January 3, 2022, at the Lewellen Tiger Den. Services will be streamed live and available to watch after the service on the Holechek-Bondegard Facebook page (www.facebook.com/hbfunerals).

Holechek-Bondegard Funeral Homes and Cremations in Oshkosh is serving the Seymour family. Memorials to the family to be designated at a later date.Family and friends can view a memorial slideshow and leave condolences at http://www.bondegardfunerals.com.

Rodney Howard Seymour Jr. was born February 26, 1959, in Los Angeles, California to Rodney Howard and Dorothy Jean (Mitchell) Seymour. He passed away at his home on December 18, 2021.

Rodney grew up in Banner County, on Bull Canyon Ranch. He was always doing something whether it was adventuring with his siblings, working with his dad, or breaking colts for the ranch. He graduated from Banner County High School in 1977. After high school he went to working in the oilfields.

In September of 1991, Rodney met the love of his life Rhona Blake, and they started their journey together. He came with three children, Jason Robert Seymour, Amanda Brooke (Seymour) Davis and Nicholas Lee Scheenen. Rhona had one daughter Crystal Kae (Blake) Thelander, then in January of 1996 they had their daughter Leah Dawn Seymour.

In July 1995 he moved his family to Oshkosh/Lisco area and worked for Ferrell Cattle Company in Oshkosh and later at Muddy Creek Ranch for Jim and Gwen Jessen in Lisco. In the spring of 2007, he went back to trucking, which was his second nature, from there he went back to working in the oilfield, first in Farmington, NM then moving to Williston, ND. He retired in the summer of 2020.

You could call him a Jack of all trades, but he was a master at all. He enjoyed mechanic work and anything to do with the outdoors. After his retirement he completed several wood restorations projects. But one place you could always find him was at the grill making something (his Traeger was the other love in his life), and you could guarantee it was going to be amazing.

In 2014, he bought his first Harley Davidson Tri-Glide. This led to many trips to Sturgis Motorcycle Rally's. Next came the camper; he enjoyed the many places they took it. He went every summer for two weeks at a time. In 2017, he purchased a new Tri-Glide for himself and a 2016 Freewheeler for Rhona, they were painted the same to match, his and hers. The bikes were his pride.

His greatest joy was his grandchildren. Hailee and Todd Thelander, Eli Seymour, Ailisa Seymour Ethan Davis, Aliera Seymour, Braxten, K-den, Ayomi and George Scheenen. They always knew that the supply of suckers and any other sweets were endless.