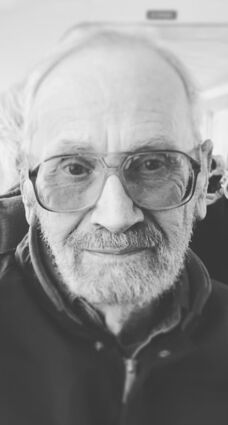 Norman C. Williams, 90, of Kimball, died at the Kimball County Manor on Monday, August 30, 2021. Memorial services were held at 10:00 a.m. on Friday, September 3, 2021 at the Cantrell Funeral Home in Kimball with Pastor Rich Thomas officiating.

Friends may visit www.cantrellfh.com to view Norman's Tribute Wall and leave condolences and stories for the family. Memorial gifts may be given in his memory to the Kimball VFW Post.

Norman Carl Williams was born in Flint, Michigan, on August 13, 1931, the son of Clarence and Constance (Smith) Williams. He graduated from high school in 1948. He enlisted in the U.S. Navy and served his country during the Korean War on the U.S.S. Mississippi.

After being discharged he worked as a cinematographer on several known films, including "The Sound of Music" with Julie Andrews during the gazebo scene in Austria, "Tales of Wells Fargo" with Ronald Reagan, and still photos of John Wayne in "Hatari." He also did photography for the Chrysler Corporation and did cinematography for Thor Brooks.

Following retirement, Norman worked on TV and VCR Repair in Kimball and the surrounding communities. He enjoyed collecting movie memorabilia and patriotic items. Norman loved singing and watching movies, especially westerns. He loved traveling and had traveled to 48 of the 50 states. He was a member of the First Baptist Church in Kimball and had strong faith and loved the Lord. Norman was a loving husband, father and friend.

Survivors include his wife Margaret Williams of Kimball, NE; daughters Elizabeth Williams of Jacksonville, FL, Ruth (Jim) Kaptein of Lynden, WA, and Rebekah Franklin of Oklahoma City, OK (who later passed away Dec. 22, 2021); sister Shirley Ytterock of Detroit, MI; and grandchildren Ryan Franklin and Megan Franklin. He was preceded in death by his parents, brothers Richard and Max, and sister Merrill.