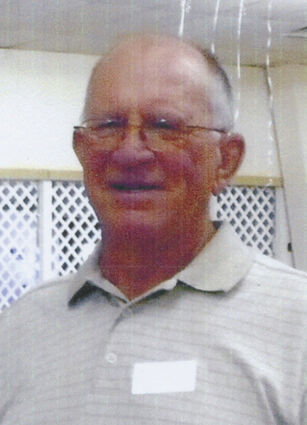 Harry was born in Kimball, Nebraska, on Dec. 12, 1940. He was 80 years old and peacefully flew with the angels too his Savior, surrounded by his wife Rosemary, sister Barbara and many friends. He lived many years in Brighton, Colorado.

He was the oldest child of the late Harry Stahla and Ruth Shepherd. After schooling, he served his country for three years as a proud Marine, including some time overseas in Vietnam. After leaving the Corps, he married his loving wife, Rosemary Armstrong of Bushnell, Nebraska, on Oct. 31, 1965. Harry and Rosemary had two children, Tracey and Theresa.

Harry worked at a Rocky Mountain Pre-Stressed Plant for 16 years and then for the Marriott Hotels for 14 years as a carpenter. One of his loves was working with his hands. Harry built a beautiful log cabin in the Colorado mountains for himself and Rosemary. Harry spent 40 years counseling and working with young and older people to help give them a new outlook on life. He was respected and loved by many. He will be missed.

In addition to his parents, Sonny was preceded in death by a brother-in-law, Jerry Clark.

Surviving in addition to his wife, Rosemary Stahla, are his son, Tracey, of Texas; daughter, Theresa Hernandez and husband (Gerald), and their daughters, Aliah and Alyssa, also of Texas; two sisters, Barbara Clark of California, and Marilyn Stevens and husband (Ken) of California; and many cousins, nieces, nephews and two grandkids.

Funeral services are being handled by Tabers Funeral Service and will be at 1 p.m. Jan. 19, 2022, at 75 13th Ave., Brighton, Colorado. Burial will be at Fort Logan National Cemetery, 11 a.m. Jan 20, 2022, 44 W. Kenyon Ave., Denver, Colorado. Please meet at Tabers Funeral Services and the police will furnish an escort to Fort Logan National Cemetery.