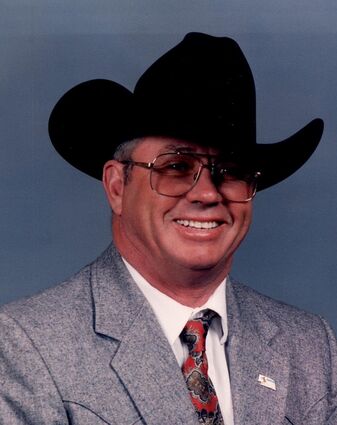 Vernon "Short" B. Bennett, 83, of Kimball, died at his home in Kimball on Monday, October 18, 2021, five days after his birthday. Cremation has been held and memorial services will be held at 10:00 a.m. on Friday, October 22, at St. Elizabeth's Catholic Church in Oshkosh, Nebraska, with Deacon Dixon Power officiating. Inurnment will be held in the Oshkosh City Cemetery. Following his love of horses, his urn will be taken to the cemetery by horse and wagon.

Friends may visit http://www.cantrellfh.com to view Short's Tribute wall and leave condolences for the family. Memorials may be given in his memory to Double R Horse at 22495 235th Rd., Riverdale, NE, 68870, or at doublerhorserescue.com. The services for Short have been entrusted to the Cantrell Funeral Home.

Short was known for his kindness, humor, and generosity. He was born to Bruce and Marjorie Bennett on October 13, 1938, at the Ogallala hospital. The Bennett family moved to the Garden County area in 1946 where he attended school, and later the Graham Agricultural School.

He married Shirley (Moss) in the fall of 1960. During this time, he had three children: Sandy, Bill, and Brad. Short's kids were his pride and joy. When Short was not taking care of his cattle, he adopted approximately 30 more kids when he started leading the Rough Riders 4-H club, and, every Tuesday night, he trained the riders and horses to advanced levels.

During the summer months, he shepherded the Rough Riders to horse shows throughout western Nebraska. Under his leadership, several riders competed at the State 4-H show for many years. Famously, he introduced his soon-to-be wife to his 4-H kids at the State Show to get their approval. They were married on December 7, 1973. Cam (Engel) Bennett quickly became his constant love and companion until the very morning he passed. Short enjoyed raising Quarter, Morgan, Percherons, and an occasional Arabian horse. Short and Cam participated in many parades with their two- and four-horse hitch teams. Short also used his draft horses for many of his ranch actives. Cam and Short had diversified the ranching and created Thunder Valley wagon rides along the Oregon Trail.

Short also was active in community affairs including the Nebraska Highway 26 Association, serving as president in 1992-1993. Short was a member of St. Elizabeth's Catholic Church, Oshkosh Chamber of Commerce, and the Garden County School Board. Short and Cam moved to Missouri and then back to the Sandhills north of Alliance. When he retired, they moved to Kimball. Short always felt the North Platte Valley near Oshkosh was his "home".