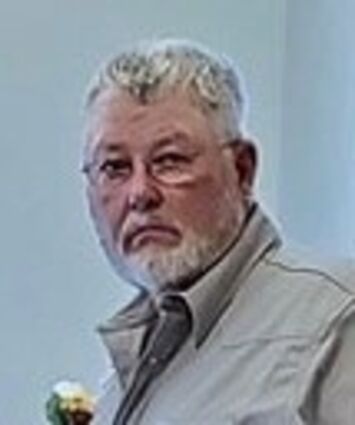 Rodney Dean Cross passed away peacefully Saturday, October 16, 2021, at Regional West Hospital in Scottsbluff. Memorial services will be held at 11:00 a.m. on Thursday, October 21, 2021, at the Harrisburg Community Church.

Friends may visit http://www.cantrellfh.com to view Rodney's Tribute Wall and leave condolences and stories for the family.

Memorial gifts may be given in his memory to the family. The services for Rodney have been entrusted to the Cantrell Funeral Home.

Rod was born at Fort Carson, CO, to Sam and Irene (Kaufman) Cross on September 7, 1956. He married Barbara Jean Clodfelter Lollar on May 27, 1978, at the Presbyterian Church in Dix, NE. Together they raised five children: Ryan, Jennifer, Jessie, Ayden, and Joe.

Rod was a hard worker and always ready to lend a hand, pay someone's propane bill, pasture cattle, give an ear, or give advice, wanted or otherwise.

For the first several years of their marriage, Rod worked in the oilfield, and at one point, he owned his own business and employed about 35 people. For the past years, he has worked for the Union Pacific Railroad. He was so looking forward to retiring, and November 1st was his last work day.

He was preceded in death by his father, and mother- and father-in-law, Pete and Marg Clodfelter.