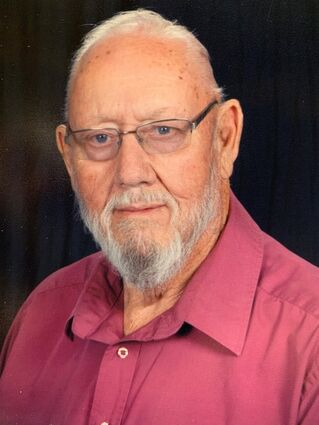 Melvin C. Fornstrom, 87, of Pine Bluffs died at home surrounded by family on Wednesday, September 1, 2021.  Funeral services were held at 10:00 a.m. on Tuesday, September 7, 2021, at St. Paul's Catholic Church in Pine Bluffs with Father Kevin Koch officiating.  Burial was in the Pine Bluffs Cemetery.  Visitation was Monday, September 6, from 6:00 until 7:00 p.m. at Cantrell Funeral Home in Kimball, NE.  Friends may also visit www.cantrellfh.com to leave condolences and stories for the family.  Memorials have been established to St. Joseph's Children's Home in Torrington or Wyoming Children's Society in Cheyenne.

Melvin Carl Fornstrom was born in Kimball, Nebraska, on September 10, 1933, the son of Carl and Eleanora (Saxen) Fornstrom.  He was raised on the family farm west of Pine Bluffs and graduated from  Pine Bluffs High School in 1951.  While in school Melvin (Blimp) was active in sports and was on Pine Bluffs High School's first undefeated football team in the 1950 season.  He was also active in FFA and raised several champion animals.

On December 4, 1954, Melvin married Lois Janesofsky and shortly afterwards they purchased their own farm, where they raised their five children.  Melvin farmed all his life and he could fix anything.

Melvin enjoyed many things in life, including his 1948 Indian motorcycle and antique tractors and watching his children, grandchildren, great grandchildren, nieces, nephews and cousins, numerous sporting events and school activities.

Melvin also enjoyed traveling and went on many family cruises to Alaska, the Caribbean and Mexico.  He spent many hours in the garden and was known for his Christmas candy.

Melvin's greatest joy in life was his children, grandchildren and all those who called his house their home.