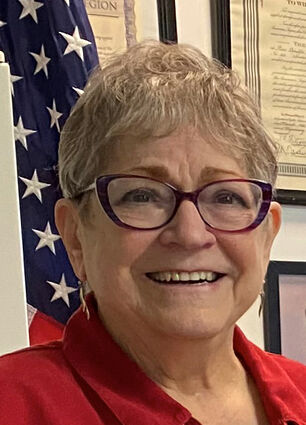 Virginia M. Fuller, 76, of Bushnell, died in Denver on Saturday, August 20, 2021. Cremation has been held and memorial services will be held at 10:00 a.m. on Thursday, September 9, 2021 at the Cantrell Funeral Home in Kimball with Devota Burry officiating. Inurnment will be held on Friday, September 10, 2021 at 2:00 CST at Ft. McPherson National Cemetery in Maxwell, Nebraska. Friends may visit http://www.cantrellfh.com to view Virginia's Tribute Wall and leave condolences and stories for the family. Memorials may be given in her memory to the family. The arrangements for Virginia have been entrusted to the Cantrell Funeral Home.

Virginia Mae Fuller was born in Julesburg, Colorado, on January 18, 1945, the daughter of Paul and Mildred (Krems) Daubendiek. She attended school in Ogallala, Nebraska. Virginia was married to Jack Swantkoski in 1961. She worked at TRW building keyboards before moving to Kimball in 1968 where she worked as a waitress at several area restaurants. She then went to school to learn medical coding and, following graduation, worked for the Kimball County Hospital for 10 years.

Later she resided in both Cheyenne and Las Vegas for several years. Virginia married Dalton Fuller and lived in multiple places in Nebraska, including David City. She then moved to Pine Bluffs, Wyoming, where she served as vice president of the Legion Auxiliary.

Virginia loved traveling, especially to Hong Kong, and her pets, especially her dogs. She enjoyed quilting and reading, and will be remembered for her happiness and laughter.

She was preceded in death by her parents, husband, two brothers and two sisters.