Here's The Latest With Changes On Local Business Scene 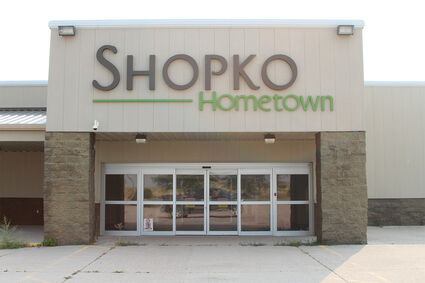 The transformation of the old Shopko department store into Kimball Ace Hardware will start soon, and the place could open by December, its owner says.

For the next month, crews from Hennings Construction will be working on the water loop project that will improve the freshwater supply system for the city.

The work will be between 3rd and 5th streets, including Burg, Cedar and Locust streets. Water will be temporarily shut off, but residents will be notified. Streets may have one lane of traffic at times.

While the city makes water improvements, area businesses have a variety of things going on. Some are remodeling, while others are opening or reopening.

Here are the latest updates at some businesses listed in alphabetical order.

Beer and Loathing is in the process of adding a desert motif to the front section of the establishment. Having just celebrated their seventh year in business, they continue to update and improve the facility. The new area is separated from the bar and will have an open view to the outside, rain or shine. According to owner Nate Entingh, people will be able to "enjoy the experience" of Kimball and Highway 71.

Hometown Hardware is making progress after the downtown flooding, but they are now simply in the wait-and-see mode. Rich Patterson stressed that they will reopen, but they must get an air-quality clearance. The air quality is pretty good on the main floor but air safety levels are a concern in the basement.

Patterson said they expect to get good news this week or the very beginning of next week. They ask their customers to be patient as the entire situation is out of their control. He said they are looking forward to serving their customers.

Owner Jeff Lepp from Kimball Ace Hardware explained that Kimballites should see some activity soon at the old Shopko building south of Kimball. He said they are "very anxious" to get going, and by the last week in September progress should be happening at that site. His initial opening date is set for the beginning of December.

Lepp also reported that they would be conducting a job fair in late September, although all the dates are provisional at this time.

Merrycakes is still open for business, taking special orders for cakes, cupcakes, Kolaches, and other items, while Kimball Bakery is planning to have the Emporium Coffee House from Scottsbluff come to Kimball to become part of the operation. When the business reopens, they plan to have more options, including healthy foods.

Rumors are circulating about the long-awaited opening of the Japanese restaurant happening soon, but nothing official has been announced.

Owner Hannah Snyder at Nebraska Coffee recently moved her business to the downtown area at 103 Chestnut, which is a much larger building. It is open Monday through Saturday.