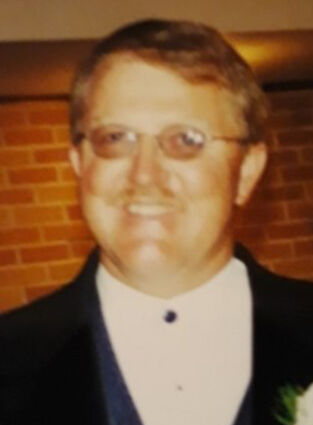 Timothy Dale Lukassen of Dix, Nebraska, passed away October 26, 2020, from complications of COVID-19. Family and friends are invited to share a time of fellowship and a celebration of Timothy's life at the Kimball Eagles from 2:00 to 4:00 p.m. on Saturday, August 14. The services have been entrusted to the Cantrell Funeral Home.

In 1971, Tim graduated from Holy Cross Abbey in Cañon City, and he went on to continue his education in Curtis at the Nebraska College of Technical Agriculture. Upon graduation in 1973, he married Cathy Campbell, and in 1976 they settled at the Dix farm to run it together and raise their two daughters. Following their divorce, Tim continued to farm, raise cattle, drive truck and remain active in the community. He served many years on the Potter-Dix School Board, including involvement in the 1987 merger. Tim created summer seasons full of memories alongside his girls – whether in the field, riding horses and working cows, at a concert, rodeo, or out on the dance floor; Tim and his girls were always on the move.

In 1995, Tim and Debbie Allen married, and he gained two more daughters to share the farm life with. During the past 25 years, Tim and Debbie continued their labor of love on the farm, as well as launch operation of their trucking business LUK-AG, LLC, while they welcomed four beautiful grandchildren into their lives.

The sudden loss of Tim during harvest 2020 found Debbie and family receiving the support of numerous family and friends in the community uniting to complete their harvest. Surely he was looking down from heaven with an ear to ear grin, filled with love and pride. A man of many talents, Tim will be missed by all who had the pleasure of knowing him. There were no strangers to Tim, just friends he hadn't had a conversation with yet.