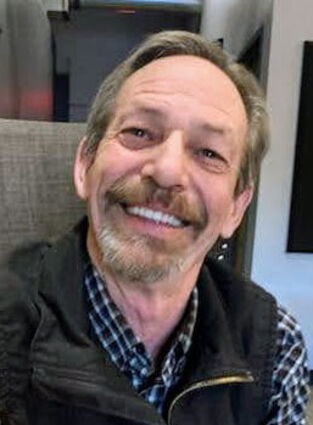 James (Jim) Nelson, a long-time resident of Kimball County, died unexpectedly from natural causes in his home on May 30, 2021 at the age of 64. He was born in Sidney, Ne on September 20, 1956, to Harvey and Peggy Nelson.

Upon graduation from Dix High School, Jim attended the University of Nebraska-Lincoln where he earned a degree in Ag Economics. He was a member of Alpha Gamma Sigma, and legendary ski trips with friends in his DIY conversion van were a highlight of his college years.

In 1985, Jim and Pamela Pofahl were married. Their young family lived in Omaha and Polk City, IA before relocating to Jim's family home on the South Divide, where he lived out the remainder of his life. He was one of the original hires at Clean Harbors in Kimball, and was very proud to have worked there for the past 30 years.

Jim loved his Husker and Bronco football teams, motorcycle trips and strong Folgers coffee; and delighted in spending time with his grandsons. He leaves us with enough Carhartt jackets and gloves to keep the entire South Divide in work clothes for the next 10 years. Though most importantly, he leaves behind a heartbroken family who doesn't quite know what to do without his silly text messages and his ability to fix any broken thing through a phone call.

He is preceded in death by his parents, Harvey and Peggy Nelson; and sister, Marcia Miller.