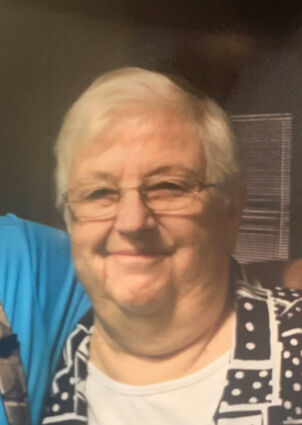 Glenda M. Elwood, 83 of Kimball, died at the Kimball County Manor on Saturday, July 31, 2021. Funeral services will be held at 10:00 a.m. on Saturday, August 7, 2021 at the Cantrell Funeral Home in Kimball with Pastor Roger Gillming officiating. Burial will be in the Kimball Cemetery. Friends may stop at the funeral home on Friday from 1:00 until 4:00 p.m. to sign the register book and leave condolences for the family. Friends may also visit http://www.cantrellfh.com to view Glenda's Tribute Wall and leave condolences and stories for the family. Memorials may be given in her memory to Vista Villa. The services have been entrusted to the Cantrell Funeral Home.

Glenda Marie Elwood was born in Kimball on September 30, 1937, the daughter of Frederick and Martha (Vandenberg) Lukassen. She was raised in Kimball and attended country school through the 8th grade. Glenda then attended Kimball High School graduating in 1955. Shortly after graduation, Glenda married Ray Rhodes and moved to the family farm north of Bushnell. Out of that union they had eight children. She later married Chuck Parsons. They had one child together and she adopted his four children. Years later Glenda married Bob Elwood and gained two more stepchildren. They enjoyed 34 years of marriage residing in Pine Bluffs and Kimball. Glenda enjoyed crocheting, doing craft work and traveling with Bob. She also followed her children and grandchildren in sports and school activities.