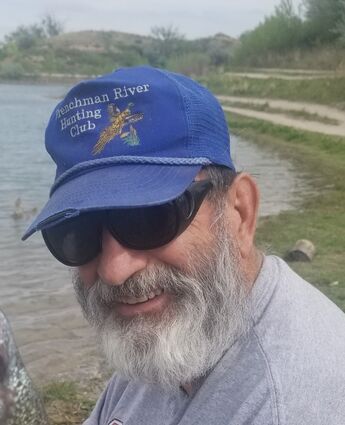 Jim Stewart McKinney, loving husband, father and grandpa, was born August 23, 1948, in Sidney, Nebraska, to Paul and Virginia McKinney. Jim grew up and attended school in Dix, Nebraska, and graduated from Dix High School in 1966. He went on to further his education and graduated from Kearney State College in 1970.

On May 31, 1969, Jim married Patsy Smith in Hastings, Nebraska. The couple first lived at College Heights in Kearney as Jim finished college and in Dix during the summers. They moved to Wauneta in 1970 for teaching jobs and lived in small little houses. In 1977 they built their home out in the country and established their residence ever since.

For employment from around 1966 to 1970, Jim worked for the Interstate Bridge Construction Company and he did oilfield work in the panhandle of Nebraska. After they moved to Wauneta for their teaching, he also had Frontier Birds, raising pheasants, chukars and quail for 25 years. Jim taught woodworking and carving classes. He was a coach for football, basketball, track and golf. Jim helped locals harvest during summer and was a local building inspector. He also taught hunters' safety and drivers' education.

Jim's LOVE was to spend time and watch his children and especially his grandchildren in all the sporting events, or any activities. Fishing – "Quarter for the first fish" and hunting – seeing the "Big One" brought out to see Grandpa first or how many beards the turkey has. Sitting on the back porch with Pat watching all the birds come into the bird feeders and the kittens playing with his homemade fishing pole cat toy. Singing with family and playing guitars with friends and neighbors. Family game night was a favorite. Seeing his sisters and having breakfast with them at the local café. FAMILY was everything to him.

Jim was preceded in death by his parents, his brother Dan, and his brother-in-law Roy.

Jim passed away Tuesday evening, June 29, 2021, at the Chase County Hospital of Imperial. He was 72 years of age.

A private family inurnment with a Celebration of Life to follow will be held Saturday, July 17, 2021, 11:00 A.M. (MST) at the Wauneta Community Building, Wauneta, NE.

A memorial has been suggested to the McKinney Family for a memorial fund to be awarded to a graduating senior of Wauneta Palisade High School furthering their education.

Online condolences may be left at liewerfuneralhome.com