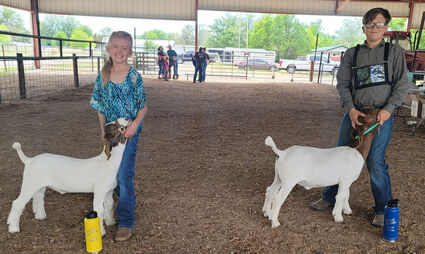 Results are in for the FFA Alumni Progress Show on Father's Day weekend at the fairgrounds in Kimball.

In the Goat Show, there were 21 goats and 15 goat showmen. Grand Champion received $300 and Reserve Champion was awarded $200.