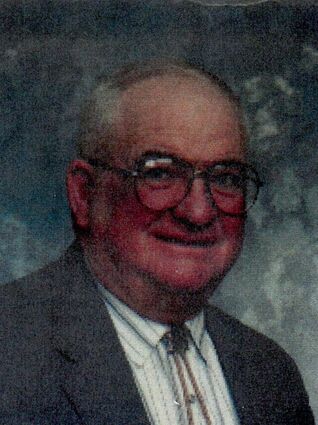 Wayne E. Lukassen, 88, of Kimball, died at Kimball Health Services on Wednesday, June 2, 2021. A Mass of Christian Burial was held at 10:00 a.m. on Saturday, June 5, 2021 at St. Joseph's Catholic Church in Kimball with Father Robert Karnish and Mike McDermott officiating. Burial was in the Kimball Cemetery. Visitation was held on June 4 from 2:00 until 6:30 p.m. at the Cantrell Funeral Home. Rosary services were held following the visitation at the funeral home.

Visit http://www.cantrellfh.com to share condolences and stories with the family. Memorials may be given in Wayne's memory to St. Joseph's Catholic Church or the Kimball VFW Memorial Wall Fund. The services for Wayne have been entrusted to the Cantrell Funeral Home.

Wayne E. Lukassen was born in Kimball, Nebraska, on January 21, 1933, the son of Frederick and Martha (Vandenberg) Lukassen. He received his education in Kimball and graduated from the Kimball County High School in 1951.

He enlisted in the US Army in 1953 and served his country during the Korean War. While on furlough, he met Mary Ann Wolff and they were married on August 16, 1955, following his discharge.

While in the Army he received a mechanics degree from Fort Leonard Wood, Missouri. Wayne was honorably discharged in 1955.

Following his discharge, they moved back to Kimball and lived and farmed in Kimball County. They continued to live on the farm at the time of his death.

Wayne was active in 4-H and served as a leader and also served on the Kimball County Fair Board.

He enjoyed collecting toy tractors, belt buckles and antiques. He was a Charter member of the Knights of Columbus and truly enjoyed farming the land and raising his family.

He was preceded in death by his parents, daughter Mary, sister Marjorie, and brothers Howard and Dale.