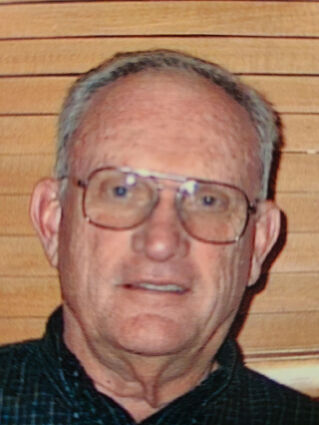 A Memorial service will be held at 10:30 A.M. on Saturday, May 22 at the Light Memorial Presbyterian Church in Sidney, NE with Pastor Mary Jo Dean officiating. Cremation has been held and there will be a private family burial.

Memorial contributions may be made in his name to the Light Memorial Presbyterian Church in Sidney, NE. You may view Jeff's Book of Memories, leave condolences, photos and memories at http://www.gehrigstittchapel.com. Gehrig-Stitt Chapel and Cremation Service is in charge of Jeff's care and funeral arrangements.

Jeff was born in Sidney, on October 19, 1935, to Jarvis C. and Helen C. (Doran) Bush.  He graduated from Sidney High School in 1953.  After graduation he attended University of Nebraska-Lincoln, married his wife Wanda on June 13, 1956 at Light Memorial Presbyterian Church, and then graduated college.  Soon after he was commissioned and served aboard the U.S.S. Cimarron.  After his service in the Navy, he attended school at UNL and graduated with a Law Degree in 1963.  Upon returning to Sidney, Jeff and Wanda adopted their daughter Lora and son Doran.  Jeff managed the family farm and commercial real estate businesses as well as his own law practice.

In Jeff's free time, he was an active community member, serving as a city councilman, mayor, ordained elder and treasurer at the church. He had a passion for music and the Huskers. Jeff was in the UNL marching band and loved playing the tuba so much that in his later years he would drive for miles in order to continue playing.  He loved spending time and fishing at the family cabin in Grand Lake, CO.

Jeff was preceded in death by his grandparents Fred A. and Tessie E. Bush and Guy V. and Mable Doran, sister Judith A. "Judy," his brother Stuart R. "Randy" Bush, and daughter Lora J. Bush.