For The Boys, It's Coyotes 2nd & Longhorns 3rd; Now It's On To District 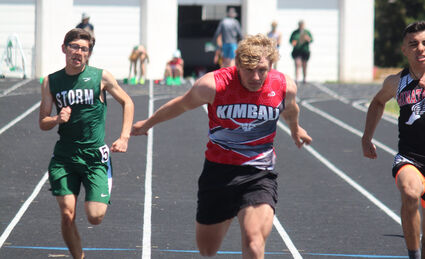 The Kimball Longhorns track and field teams started their week as expected at the Western Trails Conference Meet on May 3, but they ended it differently than planned on Friday, May 7.

The Horns originally were scheduled to attend the Bayard BCD meet, but a change of plans took them to the Cheyenne County meet – and both the girls and boys showed well.

In an eight-school field, the Kimball girls squad was runner-up to South Platte in what amounted to a two-team battle for the championship.