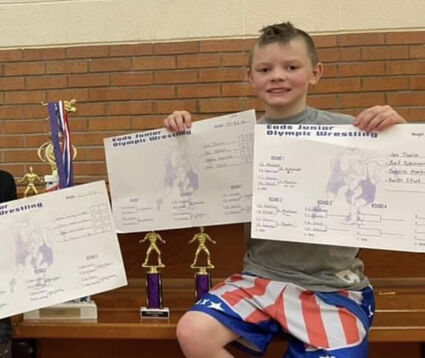 What a week up-and-coming local wrestler Jax Thurin of the Tri-State Grapplers enjoyed.

At the Eads, Colo., Junior Olympic Tournament on Saturday, March 27, he wrestled in the 10U division _ winning both the 77- and 81-pound weight classes

Then on Friday, April 2, he competed in the Midwest Classic Nationals Tournament and won another championship in the 10U 80-pound division.