Enrollment Up 22% With 4-Day School Week 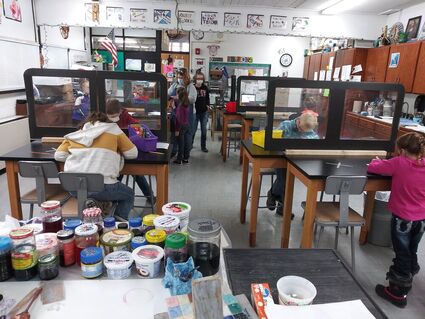 The open art studio is a favorite of students on Banner County School's Optional Enrichment Fridays.

As Banner County School's four-day school week moves through the final quarter of its second year, enrollment numbers appear to be adding up in its favor.

Superintendent Evelyn Browne told the Observer that enrollment at the rural Harrisburg school increased 22 percent from 124 in the 2019-20 school year to 151 through the second week of March in the 2020-21 school year.

"Our four-day week is very successful," she said.

Option students account for much of Banner's enrollment. The February edition of the school's monthly newsletter, "The Scratching Post," reported that the school had 95 resi...