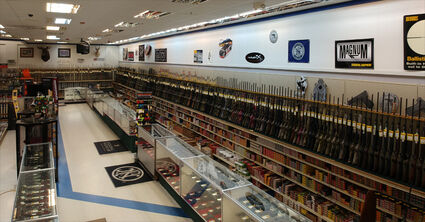 The new owner of the former Shopko building, Jeff Lepp, confirmed to the Observer this week that he purchased the property.

Lepp's Colorado store is advertised as the "largest gun store in Colorado" and "is the premier retailer of knives, firearms, ammunition, and accessories on the Colorado front range."

The Chadron location also has a wide selection of guns for sale.

Lepp told the Observer that he would have more detailed information to share by mid-April on his Kimball operation.

Little information has been released by Lepp since his purchase of the building several weeks ago. He said he has turned down many media interviews.

"We are trying to keep it a bit quiet," he said.

He said lots of things need to get done before more information is released.

The building was sold to both Lepp and Kim Thanh Nguyen of Colorado Springs. They purchased the 26,174-square-foot commercial structure on Feb. 5 from Pelstar Kimball LLC c/o Padmida Operating Company.

"Because of the crazy world we live in now," Lepp said, the business faces many challenges.

One such challenge is obtaining shelving for the facility, which involves a 120-day waiting period.