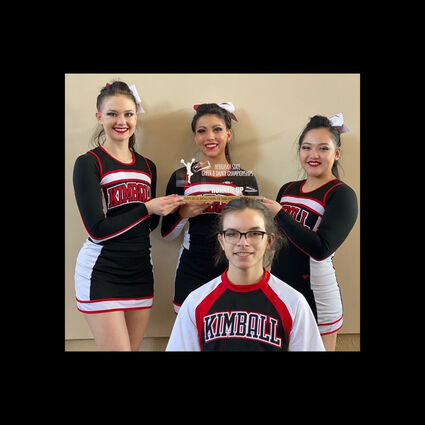 All smiles after winning a second place tropy at State are Xavier Thomas-Lewis, front, and from left in back, Samantha Bemis, Raven Johnson and Melai Casimiro.

Assistant coach Ashley Heidemann said the cheer competition was such a supportive and enjoyable environment, and they also were able "to see what else is out there." The Head Spirit Squad Coach is Carrie Tabor.

Melai Casmirro said, "The part I enjoyed the most was definitel...