By Jessica Rocha
For The Observer

LINCOLN HIGHWAY GETS SOME LOVE 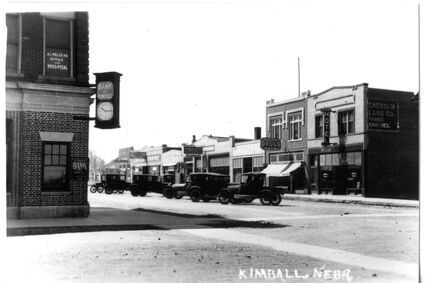 In 1925, the Lincoln Highway's route passed through downtown Kimball.

The Lincoln Highway, much of which mirrors U.S. Highway 30, has recently been named as a National Scenic Byway. In mid-February, the Federal Highway Administration announced 49 new designations to the America's Byways collection, including Nebraska's 450-mile-long border to border Lincoln Highway Scenic and Historic Byway.

The Lincoln Highway was America's first transcontinental highway. There are a variety of stories of people making the trek cross-country along this byway, including an army truck caravan sent from New York City all the way to San Francisco to show the importance of getti...