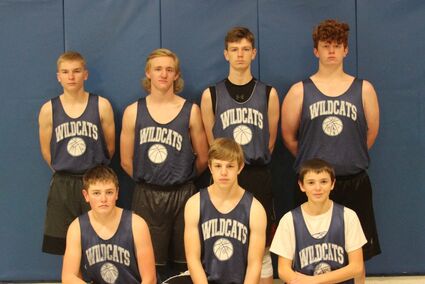 After five years of no boys basketball, Banner County has put seven young guys on the court this season to re-start their program.

The team consists of five freshman, one sophomore and one junior. They have played throughout the pandemic, but Coach Charles Jones said that practices are interesting because they cannot scrimmage and the players have a big learning curve.

The team will complete its season on Feb. 19.

In its first 10 games, the young team had a 2-8 record with wins over Garden County JV and South Platte JV.

"The boys have come along way since the beginning and I am proud of...