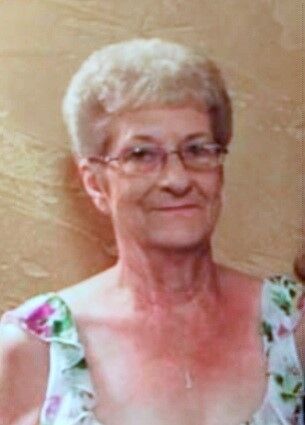 Eileen "Edith" (Neal) Sell, 80, went to be with her Heavenly Father on February 14, 2021, at her home in Gering, Nebraska, surrounded by her family.

Visitation will be held from 4 p.m. to 7 p.m. on Thursday, February 18 and her funeral service will be held at 1p.m. on Friday, February 19, both at Dugan Kramer Funeral Chapel in Scottsbluff, Nebraska. Pastor Gary Hashley will officiate with cremation to follow. Edith will be laid to rest in the Kimball Cemetery at a later date with just her family attending.

In lieu of flowers, memorials may be given to the family to allocate towards final expenses, and online condolences may be left at http://www.dugankramer.com

Edith was born November 6, 1940, in Kimball, Nebraska, to Alan and Margurite (Neal) Schoff.

She worked at the Lariat and Holiday Inn Restaurants in Kimball, Nebraska. She was the best waitress Kimball had ever seen.

She loved working in her yard and caring for her rose bushes. She loved spending time with her children and grandchildren.

Edith worked for Fresh Foods in Gering, Nebraska, from the day it opened 'til her retirement in April of 2020. Edith was loved by her customers and will be missed by many.

She was preceded in death by her parents; sister, Elizabeth Morris; and a brother, Arthur Neal.