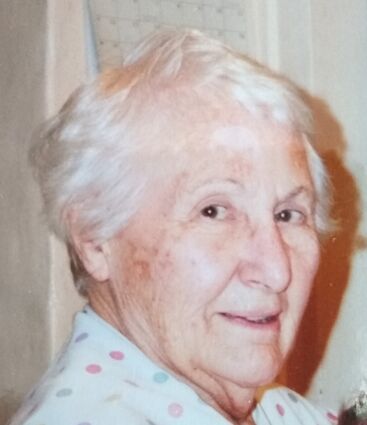 Lucile H. Culek, 101, of Kimball, died at the Kimball County Manor on Wednesday, January 27, 2021. Graveside services will be held at 2:00 p.m. on Monday, February 1, 2021 at the Kimball Cemetery. Friends may visit http://www.cantrellfh.com to view Lucile's Tribute Wall and leave condolences and stories for the family. Memorials may be given in her name to the Kimball County Manor or the Donor's Choice. The services for Lucile have been entrusted to the Cantrell Funeral Home.

Lucile Helen Culek was born in Harrison, Nebraska, on September 17, 1919, the daughter of Dominic and Katherine (Birnbaumer) Haas. She was one of nine children born to this union. She received her education and graduated from the Sioux County High School in 1937.

Following graduation, she attended Chadron State College and received her teaching certificate. Lucile taught school for 12 years before being married to Bernard Culek on October 5, 1953. They lived on the family farm in Kimball County for over 50 years and were regarded as mentors by some fellow farmers. She worked with Bernard on the farm record keeping and was also an excellent homemaker for her family.

Following Bernard's death in 2004, Lucile continued to live on the farm until moving to the Kimball County Manor in 2008. Lucile enjoyed baking and cooking. She also spent time gardening and quilting. She enjoyed a trip with her husband to the Czech Republic to visit family. She was a woman of great faith who loved farm life and will be missed by her family and friends.

Lucile was a member of the St. Joseph Catholic Church and was involved with the South Divide Merry Workers Extension Club for many years.

Her parents, husband, sons Bernard Jr. and Daniel, 6 brothers and 2 sisters preceded her in death.