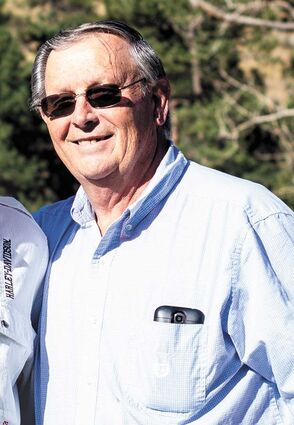 Patrick E. Sibal, 72, of Kimball, passed away at the Cheyenne Regional Medical Center in Cheyenne, Wyoming, on Wednesday, January 20, 2021, after a courageous battle with COVID with his loving wife by his side and was escorted by angels through the gates of heaven.

Funeral services will be held at 10:00 a.m. on Friday, January 29, 2021, at the Cantrell Funeral Home in Kimball with Todd Rasnic and Pastor Tyler White officiating. COVID regulations will be followed and masks are requested. The services will be live streamed and can be viewed by visiting the Cantrell Funeral Home Facebook page. Friends may call at the funeral home on Thursday from 1:00 until 6:00 p.m. Friends may visit http://www.cantrellfh.com to view Pat's Tribute Wall and leave condolences and stories for the family.

Funeral services will also be held at 2:00 p.m. on Saturday, January 30, 2021, at the Arthur Baptist Church in Arthur, Nebraska. Burial will follow at the Arthur Cemetery. Memorials may be given in Pat's memory to either the Kimball County Transit Service, the Arthur Baptist Church or the donor's choice. The services in Kimball have been entrusted to the Cantrell Funeral Home and the services in Arthur have been entrusted to the Draucker Funeral Home.

Pat was born May 19, 1948, in Ogallala, Nebraska. His loving parents were Joseph and Oneita Sibal. His childhood was spent in Arthur, he graduated from Arthur County High School in 1966, and then he attended North Platte Junior College.

Pat married his high school sweetheart, Cathleen McDonald, on February 15, 1969, in Arthur, Nebraska. Pat and Cathleen moved to Kimball in 1972, where he was a meat cutter for Safeway and then owned a Kawasaki motorcycle shop until ill health forced his retirement. When Pat was able to return to work, he was employed by Kimball County for 17 years as a custodian and retired in 2017. At the time of his passing, he was a part-time driver for the Kimball County Transit Service, which he enjoyed immensely.

Over the years, Pat and Cathleen opened their doors, as well as their hearts, to nieces and nephews Melissa, Robbie, Nathan and Brennan McDonald, who lived with them several years and became like their own children and gave them many blessings.

Pat was determined to live life to the fullest even though he lived with a rare lung disease. His passions were motorcycle riding and bowling. He was very involved in the Kimball County Jaycees, serving as State Director along with many other positions. He also participated in the Jaycee BB Gun Shooting Program for many years, served on the Kimball Cemetery Board, and currently was serving on the Kimball County Visitors Committee. Pat was a charter member of the Kimball Evangelical Free Church.

One of the highlights of Pat's life was being reunited with his biological brother, Larry Ratliff, in March of 2011, after being separated by adoption for 63 years, and they enjoyed seven years together before Larry passed away. Their mother perished in a fire in July of 1948, in Ogallala, Nebraska.

Pat was a quiet man of faith who touched many lives. He never complained and he loved life. He was known by his family and friends for his delicious beef jerky, sense of humor, friendly smile and a helping hand. He loved Husker football, doing crossword puzzles and listening to classic country music. Pat especially enjoyed spending time with family and friends. He will definitely be missed by many.