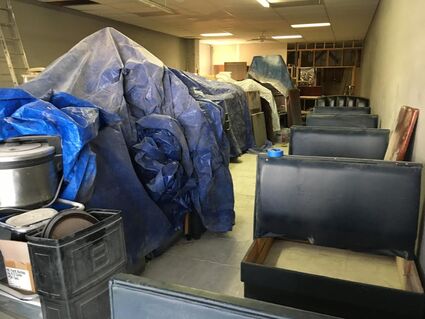 Kimball’s one and only Japanese restaurant is coming together and by the end of February the new restaurant is expected to be opened.

The restaurant, named Ondori Ramen, will be located at 114 S. Chestnut directly across the street from Larsen’s Jewelry Store.

Contractor Jeffery Barborak has spent the past seven months remodeling and updating the interior of the building.

Now Barborak is simply waiting on the plumbers and electricians to complete the overhaul.

Then the new restaurant will be cleaned up and finally ready to serve sushi and other Japanese favorites.

According to Barborak, the restaurant will be a sit down restaurant with booths on the sides and in the center. It will open at 11 a.m. and be open for lunch and evening meals.

The current plan is to provide takeout with a local delivery service for those meals.

Barborak said that the owner’s other restaurants have great food, are affordable and open on Sundays.

Owner Edi Yanto from Aurora, Colo., owns three other Japanese restaurants – one in North Academy, another in Denver, and recently he purchased a restaurant in Manitou Springs.

And now he will add Kimball to his list of restaurants.