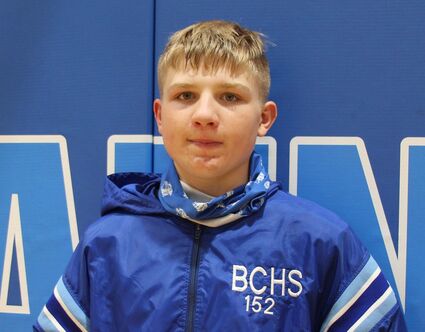 Wyatt Reichenberg is carrying the torch this season for Banner County School wrestling.

Banner County Wrestling competed through the end of 2020, but Wyatt Reichenberg, at right, is the only wrestler completing as Noah Yetter suffered a season ending injury before the first tournament.

He has wins over Lewis of Morrill (2), Zorkowski of Aniworth, Stevens of Brady, and Vitosh of Chase County.

Wyatt placed fourth at the Sidney/Bridgeport Invite on Dec. 19, where he lost to Zink of Ogallala and Allen of Gering.