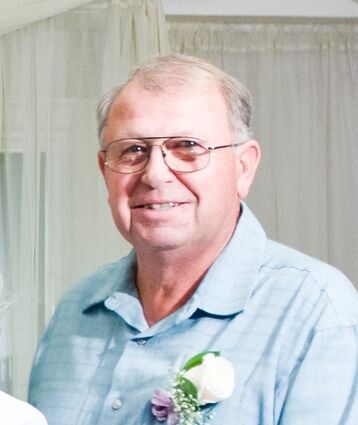 Jackie "Jack" Cook, 74, of Kimball, Nebraska passed away at the Kimball Health Services on Monday, December 28. 2020. Cantrell Funeral Home of Kimball is in charge of the arrangements. A memorial service will be held at a later date. Friends may visit http://www.cantrellfh.com to view Jack's Tribute Wall and leave condolences and stories for the family. On Friday, January 15, 2021 friends may stop at the funeral home from 1:00 – 5:00 pm to sign the register book and leave condolences. Memorials, in Jack's memory, may be given to the Bushnell Lions Club, the Kimball Friendship Senior Center or Dakota Senior Meals in Gregory, SD.

Jackie Joe Cook was born in Ainsworth, Nebraska on May 14, 1946, the son of Gerald and Lenora (Tupa) Cook. He grew up on a ranch near Mills, Nebraska and went to elementary school at District 3 in Mills. Jack attended Keya Paha County High School in Springview, Nebraska, excelling in sports and graduating with the class of 1964.

Following high school, he ranched for a short time, worked as a brick layer helping to build the Valentine High School and worked in road construction. After attending Wayne State College for a year, he moved with his friend, Tom Higgins, to Denver. There he worked for Mountain Bell Telephone Company and the Samsonite Luggage Co. It was in Denver Jack met his wife of 50 years, Gloria Perkins, on a blind date arranged by Tom.

Jack was drafted in the US Army on August 15, 1967 and honorably served his country during the Vietnam War with his good friend Damon Coppes. He was wounded and awarded the Purple Heart for the sacrifices he made during his service. Jack was honorably discharged on August 14, 1973.

Jack was married to Gloria Jean Perkins at St. Joseph's Catholic Church in Kimball on April 19, 1969. They were parents to 5 children. Jack and Gloria farmed for 40 years in the Kimball area, where they raised their family. During this time, Jack worked for several local businesses: Paul Heideman, Correll's Casting with Harley Dietz and Morgan Smith running casing in the oil fields around Kimball and southeastern Colorado, Hiner Implement doing mechanical work and making local deliveries, and also Foster Lumber helping customers with their purchases and making local deliveries. Summers found Jack traveling back to Mills, helping his parents in the hayfields and with other ranching chores.

Jack loved people and one of his many joys was visiting with new and old friends and especially with his family. He was a regular at the New Hope Assembly of God Church Thursday morning breakfasts. Other days he'd meet his regular coffee friends. Jack was truly a man of many interests, enjoying old tractors, collecting antiques and hunting for arrowheads. He was the "go to" guy in his community always willing to help out neighbors and friends with roofing, lawn mowing or anything that needed to be done.

Jack was an active member of the Bushnell Lions Club, serving as President. He was a wonderful, devoted husband, father and grandfather.

The Honor Flight Jack participated in allowed him to visit the memorials in Washington D.C. dedicated to honoring those who served and sacrificed for our country. With other veterans, he was able to remember friends and fellow soldiers lost and they shared their stories and experiences with each other. He finally received the proper welcome home.