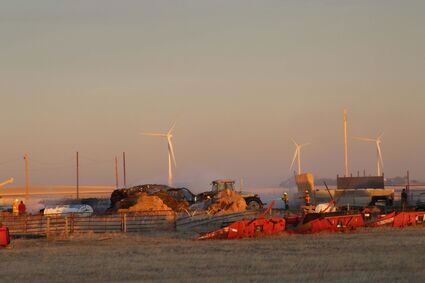 Shortly before 3:30 p.m. on a windy Sunday afternoon, the Kimball Volunteer Fire Department and Bushnell Fire Department were called out to Byron and Amber Wilke's place about 10 miles west of Kimball where ground hay caught fire shortly after being ground. By 9 p.m. the fire was out and the firemen returned home.

Byron said that he had just completed grinding about 60 bales of hay and was preparing to go to another pile to grind more hay when the fire started. They lost about 60 bales of ground hay plus 36 bales of straw, but there was no injury and no equipment was lost.