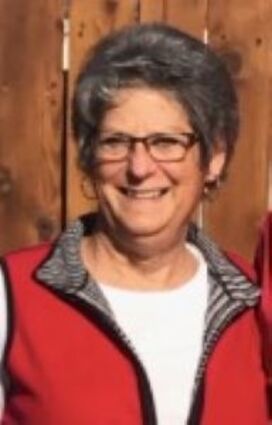 Sharon M. Hoffman, 64, of Bayard, passed away Monday, December 7, 2020. Her Mass of Christian Burial service was limited to private family only at this time due to COVID-19. The service was live streamed on Bridgman Funeral Home's Facebook page on Friday, December 11, 2020 beginning at 10am. A public Celebration of Life will be held at a later date to honor Sharon. In lieu of flowers, memorial contributions can be sent to the family to be put toward a Sharon Hoffman Memorial Scholarship for future music educators. Online condolences may be made by viewing Sharon's memorial page at http://www.bridgmanfuneralhome.com. Bridgman Funeral Home in Scottsbluff is entrusted with arrangements.

Sharon Hoffman (Arthur) was born in Gordon, NE on September 3, 1956 to William and Dorothy Arthur.  She grew up in Rushville, NE and attended Chadron State College, where she was later inducted into the Music Education Hall of Fame.  Sharon and her husband Ron were married at St. Agnes Catholic Church in Scottsbluff, NE in 1984, and raised three children in Bayard, NE, where she was beloved as the music teacher for 34 years.

Sharon spent her career caring for her students and directing award winning choirs and show choirs. She was known nationwide as an expert in music education in small schools, and in the late 1980s her Master's thesis helped to shape the face of maternity leave in Nebraska schools. She served as the Mentorship Chair on the Executive Board of the Nebraska Music Educators Association, which honored her as the Outstanding Music Educator in 2006 and was the Nebraska Schools Activity Association District 6 Representative for over 30 years.  In 2007 the Nebraska Federation of High Schools recognized her as the Outstanding Music Educator of the year.

First and foremost, Sharon loved her family more than anything.  She asked nothing for herself and did anything and everything for the people she loved.  Her devotion to her husband was second to none.  Her children never knew anything but her complete pride and support. Her grandchildren were the light of her life, and although their time with her was short, it is beyond precious.

Sharon is joined in death by parents, William and Dorothy Arthur, and infant brother, James Arthur.