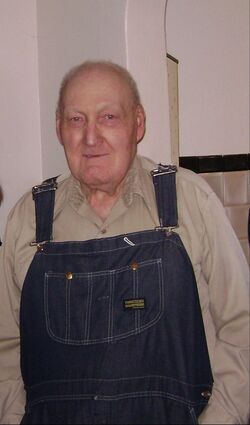 Richard Miller, 91, of Kimball, died at Kimball Health Services on Saturday, December 12, 2020. Cremation has been held and family graveside services will be held at a later date.

Friends may visitwww.cantrellfh.com to view his tribute wall and leave condolences and stories for the family. Memorials may be given in Richard's memory to Friends of the Goodhand Theater. The services for Richard have been entrusted to the Cantrell Funeral Home.

Richard Ray Miller was born in Fairport, Kansas on May 31, 1931, the son of Richard and Hattie (Ramage) Miller. He attended the Paradise High School and graduated in 1948. He then served in the U.S. Army and was stationed in Panama. Richard was married to Nancy Forsyth on October 24, 1956, and they recently celebrated 64 years of marriage. Richard worked as a contract pumper and retired at the age of 78. Richard had an extensive library and shared his love of reading with his children and grandchildren. He was an avid gardener and also loved to enter sweepstakes.