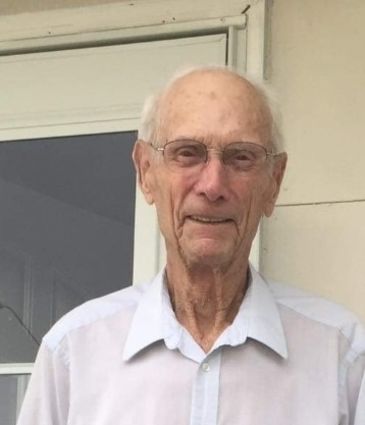 Edward F. Ebel, 95, of Kimball, died at Regional West Medical Center in Scottsbluff on Tuesday, Oct. 10, 2020. Following his wishes, cremation was held and no services are planned. Friends may visit http://www.cantrellfh.com to view the obituary and leave condolences and stories for family. Memorials may be given in his memory to Kimball Hospital Foundation. Services for Edward have been entrusted to Cantrell Funeral Home.

Edward Frank Ebel was born in Kimball on Feb. 23, 1925, the son of Adam and Katherine (Braun) Ebel. He graduated from Kimball County High School in 1943 and was drafted into the US Army in 1944 and worked as MP. He was honorably discharged in 1946. Edward was married to Delores Deitz in Kimball on Nov. 17, 1954. He was a lifelong resident of Kimball and farmed in the area until retiring in 1990. Delores preceded him in death in 1993.