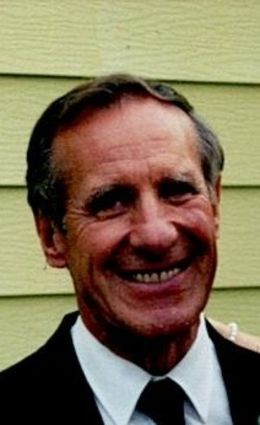 Ernest L. Huerter, 89, of Kimball, died at Kimball Health Services on Tuesday, November 10, 2020. Cremation has been held and services will be held at a later date.

Friends may visit http://www.cantrellfh.com to view the obituary and leave condolences and share stories with the family. Memorials may be given to the family. The services for Ernie have been entrusted to the Cantrell Funeral Home.

Ernest Lawrence Huerter was born in Milo, Iowa on September 10, 1931, the son of Joseph and Isabelle (Enders) Huerter.

He received his education from the Anamosa High School and graduated in 1950. He enlisted in the U.S. Navy and honorably served his country for 4 years.

In 1955, he moved to Greeley and worked for his father at Huerter and Sons Garage. He attended CSU from 1956 to 1958. He then attended Milwaukee School of Engineering and graduated with a degree in quality control.

He moved to Aurora, Colorado and throughout his career he worked at Martin-Marietta, DOW Chemical and St. Vrain Nuclear. He also lived in many different places while working, including Saudi-Arabia and Tai Land and Alaska. He later went to work in the oil industry. He retired in 1998.

Ernie enjoyed fishing, working on cars, photography and spending time in the outdoors. He was a member of the Colorado Clown Association and the Westminster Elks Lodge #2227. He will be missed by his family and friends.

He was preceded in death by his parents, stepson Shane White, and close friend Harold Vonertz and other extended family and friends.