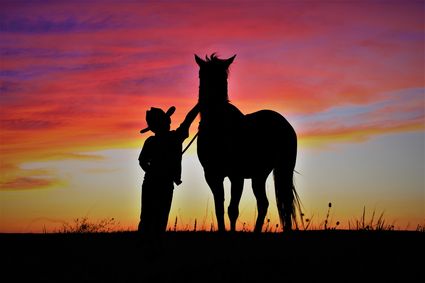 Kylie Lohrer's photo of a boy and his horse at sunset was selected as the favorite photo in the 2020 Kimball Health Services Photo Contest.

"We received so many great photos, it was hard to narrow it down," said Nicole Snyder, the KHS contest organizer.

The second-place photo was taken by Kim Sharples of the abandoned gas station that straddles the state line near Pine Bluffs. Kayla Lucas submitted the third-place photo of a beautiful sky at sunset. In fourth place was a photo of a gosling taken by Curt Theobald. An image of winter trees placed fifth and was submitted by Kerry Ferguson.

Fifty photos were selected for display in KHS buildings. Images also can be viewed at kimballhealth.org.