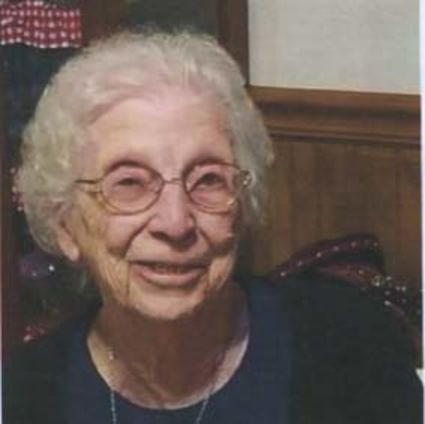 Irene was a resident of Kimball County Manor and former resident of Bushnell and Dix, Nebraska. She was born Irene Gemelke into a family of four brothers and four sisters.

On March 6, 1940, she married Clarence M. Dickinson, and they raised four children, sons Richard, William and Ricky, and daughter Sherry.

Irene enjoyed crocheting, watching her favorite TV shows and cooking for family occasions. She treasured her family and her pet cats. She always enjoyed building a snowman with every first snowfall and tossing an occasional snowball.

She was predeceased by her husband Clarence, sons Richard and William, grandson Mark Dickinson and son-in-law Gerald Toms.

A private service will be held at a later date.

Her life was a blessing, her memory a treasure.