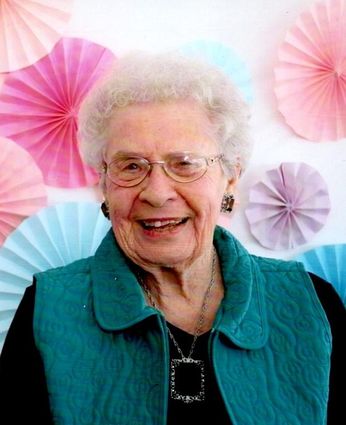 Martha Alta Britton was born in Kimball, Nebraska, on December 28, 1927, the daughter of Melvin and Martha (Richards) Warner. She attended school in Kimball and graduated from the Kimball County High School in 1946. Following graduation her father became ill and Martha worked at the Bell Telephone Company as a Service Representative to help support her family. This was a job she held for many years. Martha met the love of her life, Lewis Arthur, better known as "LA". They were married in Kimball on October 24, 1958. LA preceded her in death in 1988.

Martha enjoyed traveling on cruises, going to South Padre Island several times and going to Alaska and Canada. She was also an avid horseperson and enjoyed riding for many years. She also enjoyed going to rodeos and would attend Cheyenne Frontier Days with LA. Martha was active in the community with different groups and the Methodist Church.

Survivors include a niece and many friends. She was preceded in death by her parents, her husband, three sisters Ethel Wendt, Lola Givens and Mabel Covey.