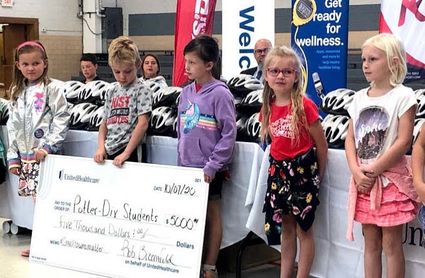 While working in the kitchen at the Potter-Dix Elementary School, cook Shirley Skaja heard about the Small Towns Matter contest. She and her associate Teresa Loghry both filled out nomination forms. Shirley's nomination was the winning entry, which was announced at the ceremony.

Shirley is originally from Denver and has only been in the Panhandle a few years, but she loves the area's small towns.

"I went to a really big school," she said. "I now just love the small town atmosphere."

She also said she "believes in bike safety and wanted to spread the safety idea."

Skaja said the kids were...