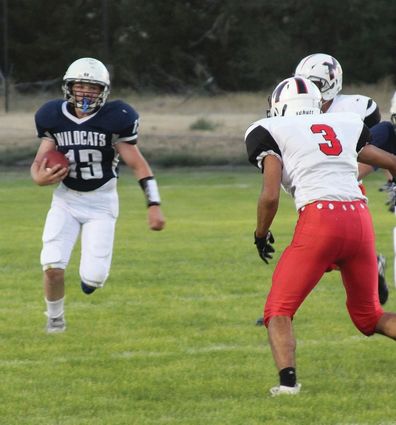 Wyatt Reichenberg was the leading ball carrier for the Wildcats in both the Minatare and Crawford games.

The Banner County Wildcats traveled to Crawford on Friday, Sept. 11.

Although the final score was 53-0, in which the Wildcats lost, the one positive, according to Banner County's coach, was that at halftime the score was only 17-0.

Coach Charles Jones reported to the Observer that "I thought we played well in the first half, then mental mistakes and penalties in the second half led to the score. I feel that we are improving, but it is a slow process with the young players. We are continuing to improve each day."