MAKING THEMSELVES AT HOME 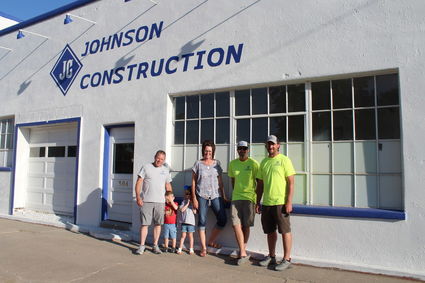 The unique building now housing Johnson Construction has 85 years of business experience in Kimball. The two-story building was built in 1935 by Farmers Co-op Oil Co.

The May 2, 1935 edition of the Observer reported that "The Farmers Co-op. Oil Co., with a membership of farmers in Kimball and Banner counties, have bought the lots from C.V. Bullock on the Lincoln Highway west of the Darling lunch room. Some of the bulk tanks arrived this week and are being installed. They will buy through the Nebraska Farmers union."

Brian Johnson, originally from Indiana, came to Kimball in 2010 when the b...