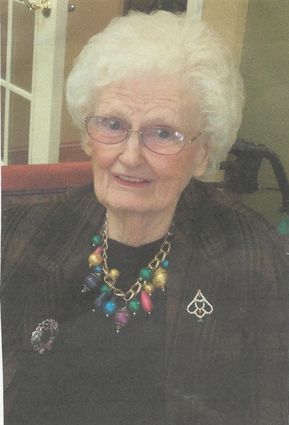 Vivian Marie Ewart Christiansen, devoted Wife, Mother and Grandmother passed away on Tuesday, June 30, 2020 at 99 years old.  She was a resident of Fort Lauderdale, Florida.

Vivian was born on May 13, 1921 in Chugwater, Wyoming to Harry and Bertha Massoth Ewart.  Vivian graduated from Chugwater High School in 1939.  She then attended Grand Island Business College, Grand Island, Nebraska.

Upon graduation in 1941 from Grand Island Business College, she worked in Washington D.C. for several years supporting World War II efforts.  Her love of Wyoming brought her back to Pine Dale, Wyoming where she worked for the Bureau of Land Management.

In 1946, Vivian married Jack Christiansen. Jack and Vivian were Kimball residents from 1957 to 1972.  Vivian's focus was always her family.  She enjoyed arranging for extended family get togethers in fun locations.

She was an active volunteer in the communities in which she lived. Vivian loved playing bridge and entertaining friends.  Most notably she was known for her enthusiasm for life and her infectious smile.  Vivian and Jack were avid square dancers traveling across western Nebraska and eastern Wyoming to join their friends in dancers.

Vivian and Jack relocated to Brighton, Colorado in 1972 where she lived until 2017 when she then moved to Fort Lauderdale, Florida.  She was a member of St. Helen's Catholic Church in Fort Lauderdale.

In addition to her parents, she is preceded in death by her beloved husband of 60 years, Jack and her brother James Ewart.

Private services will be held at a later date.