Two Holes In One Were Special, But Here's The Whole Story 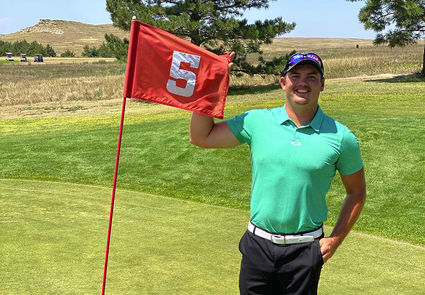 I gave you a short brief on the 2020 Bag's Bar Golf Tournament in last week's Observer sports.  But this week I have the entire results of the two day scramble held at the Potter Golf Course thanks to Kristi Jung.

There were 28 four-person teams with the team of Doran Bush, Lane Juelfs, Morgan Haupt and Lance Juelfs winning the championship flight easily with their score of 76, and as reported last week,

Lance Juelfs scored a hole-in-one on both days for his winning team!

There was a tie for 2nd-3rd place between the teams of Randy Bohac, Henry Heeg, Steve Winstrom and Zane Anthony, and the team of Dave Mann, Brian Williams, Adam Lopez and Ty Garrett with both teams shooting 84.