Test Determines That Normal Activities Can Resume At Lake 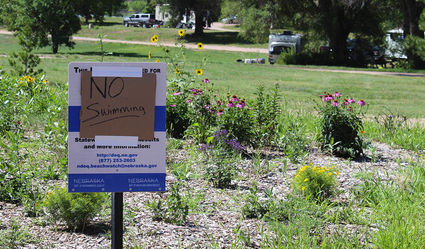 A makeshift sign was already warning lake goers not to swim in Oliver Lake last Friday morning after a health alert was issued there. A week later, the water tested safe and the alert expired.

Editor's Note: The Oliver Lake health alert expired Aug. 6 after this story was published. The water tested safe for swimming and water skiing.

On Friday, July 31, the South Platte Natural Resources District notified by the Nebraska Department of Environment and Energy that the water sample for Oliver Reservoir meets or exceeds the threshold of the toxin, Microcystin, which is associated with the presence of harmful algal blooms.

Oliver Reservoir will remain on Health Alert until a new sample tests below 8 parts-per-billion. Samples are taken weekly.

When a health alert is issued, signs a...