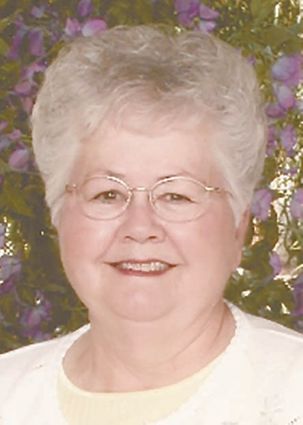 Shirley Ann (Parson) Carter, age 85, was called home to her Lord and Savior on July 14, 2020 at Bryan Medical Center East Campus in Lincoln, Nebraska due to medical complications.

Shirley was born December 29, 1934 in her family's home near Valley, Nebraska to Walden Emerson and Mabel Nellie-Cordelia (Swanson) Parson. Shirley graduated from Fremont High School in 1952. She attended the University of Nebraska at Lincoln for two years. She resided at Love Memorial Hall on East Campus. The University is where she met her husband Burt Carter, a member of Farmhouse Fraternity. They were married on June 27, 1954 at the Methodist Church in Fremont, Nebraska. Shirley and Burt spent the first year of their marriage at Fort Leonard Wood, Missouri, as Burt was enlisted in the Army from 1953 -1955 during the Korean Conflict. Shirley and Burt returned to the family farm near Chappell, Nebraska after his service years and welcomed their daughter Cathleen Ann and son Brent Lee. The family moved to a farm north of Chappell and they welcomed sons Jon Thomas and Brad. The family purchased the Carter family farm in 1967 when Burt's parents moved to Chappell.

Shirley was a loving wife, a great mother, grandmother and great-grandmother. She loved family gatherings and all holidays. She loved to cook and share with others. Decorating for every holiday during the year was one of her passions. Shirley was an active farmer's wife and helped with Carter Certified Seed. Shirley was a member of the Eastern Star, Happy Homemakers Extension club, and helped with her children's school and 4-H activities. She was a member of the Chappell United Methodist Church and Circle group. Faith in the Lord was a primary focus during her life. Shirley and her husband Burt enjoyed square dancing and spending the winters of their retirement years in Mesa, Arizona. Shirley was an avid Nebraska Cornhusker Football fan.

Shirley was preceded in death by her husband Burt, her parents, her father and mother-in-law Winford and Evelyn Carter, her sister Gwen Boxell and husband Carl, brother Wendy Parson and wife Betty, brother-in-law Bob and wife Donna Carter and brother-in-law Ben Carter.

A memorial service will be held 10:30 A.M., Saturday, July 25th in Chappell United Methodist Church with Rev. Ceciliah Igweta officiating. Inurnment will follow at the Chappell Cemetery. In lieu of flowers, memorials are suggested to the Chappell United Methodist Church, American Diabetes Association or donors' choice. You may view Shirley's Book of Memories, leave condolences, photos and stories at http://www.gehrigstittchapel.com. Gehrig-Stitt Chapel & Cremation Service, LLC is in charge of Shirley's care and funeral arrangements.