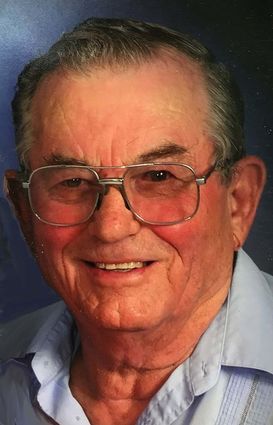 James A. Merryfield, 85, of Kimball, died at Kimball Health Services on Tuesday, July 14, 2020. Funeral services will be held at St. Joseph's Catholic Church in Kimball with Father Mike McDermott officiating. Burial will be held in the Kimball Cemetery. Rosary services will be held at 7:00 p.m. on Sunday at the Cantrell Funeral Home in Kimball. Visitation will be held at the funeral home on Sunday from 2:00 until 7:00 p.m. Friends may also visit http://www.cantrellfh.com to view James's Tribute Wall and leave condolences and messages for the family. Memorials have been established in his memory to St. Joseph's Catholic Church in Kimball. The services for James have been entrusted to the Cantrell Funeral Home.

James Allen Merryfield was born in Kimball on January 18, 1935, the son of James and Emma (Buck) Mead. He received his early education in rural Banner County. Following his father's death, James moved to California and lived there for a short time. He moved back to Banner County and graduated from the Harrisburg High School in 1954. He enlisted in the United States Air Force and served 4 years. He was married to Marthajane Windenburg on July 12, 1957. James sold insurance in eastern Nebraska, Iowa, Wyoming, and California. James started Merryfield HVAC business in 1979. He moved to Kimball in 1992 and continued doing HVAC until retiring in 2004. He enjoyed doing yard work and spending time fishing and hunting. James loved his faith and as an adult would often help when needed as an Altar Boy.