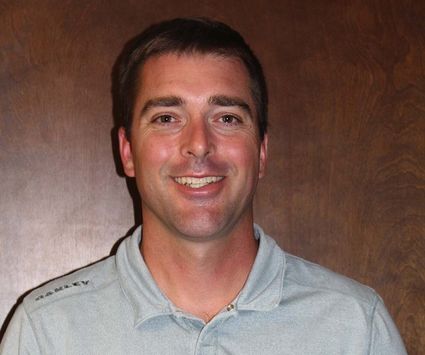 Trevor Anderson is on the job as top educator in Kimball Public Schools.

Kimball School Superintendent Trevor Anderson has a big job ahead of him, but he is ready for the challenge. Admittedly he knows he has to "hit the ground running" and he must "deal with the hand that you are dealt."

Anderson took over the helm of Kimball Public Schools on July 1.

School will be starting in just a little over a month and, according to Anderson, his top priority, as well as the school's number one priority is to determine what school is going to look like, to figure out how to get the kids back in the building and inform the parents so they know what to expect.

"It is good to have a routine and to get the staff back to interacting with the kids and get the energy back in the buildings," he said.

Panhandle Public Health District, ESU #13, Nebraska Rural Community School Association and the Nebraska State Department of Education are the sources that Anderson's is looking to for guidance in making the schools safe for all.

A community forum is planned for later on this month, Anderson will be enlisting the help of Brittany Cook and the H.E.L.P.S. group to procure the forum.

Knowing that there are a lot of things going on in the district, Anderson said that the students have to be the top priority.

"There are definitely some hurdles that need to be jumped over and some issues to work through going forward, but I don't think it's anything we can't handle."

Anderson is looking forward to ending the five-month hiatus that schools have endured.

"That is a long period of time for kids to be out of school, and as a parent myself I can tell you that is plenty long enough for them to be at home where there are only so many chores you can have them doing," he said. "They need that challenge and that social interaction."

The Anderson family is familiar with the western part of the state as Trevor graduated from Chadron State College and his wife is from Gordon. The Andersons have four children ranging in age from a third-grader to a freshman in high school.